As we enter into this Father’s Day weekend I am reflecting on my dad and all of the other men who impact their sons and daughters so profoundly. In loving memory of my dad, enjoy this excerpt from my book I Am CXO, Now What? A Job Description for Living a Life of Purpose and Meaning. [Copyright © 2017 Dan Burnett]

My father was born in 1948 and raised in Fond du Lac, Wisconsin, the same city I grew up in and where my mother still lives today. Its name in French means “foot of the lake” because of the city’s position at the base or south end of Lake Winnebago—the largest lake in Wisconsin at almost 132,000 acres. Fond du Lac is a typical Midwestern city that feels smaller than its population of about forty-three thousand people.

My dad met my mom at a CYO (Catholic Youth Organization) dance when they were both barely teens. In the fall of 1967, my dad was drafted to serve his country in the Vietnam War. If not for failing a physical examination because of a previously undetected condition, my dad would have joined anticommunist allies to support the South Vietnamese counter to the North Vietnamese, Soviet Union, and other communist allies. He made all the preparations to go. He said goodbye to his family and fiancée, got on a bus, and traveled about an hour south to Milwaukee. This is where he took, and failed, the physical. After getting sent back home, my dad had surgery to fix the ailment, married his sweetheart, and started a family. He was called to service again in the summer of 1968 and got a waiver because my mom was pregnant with my older sister.

I came along four years later in 1972. President Nixon called for the withdrawal of US troops from Vietnam in 1973, and the war officially ended with the fall of Saigon in 1975.

I heard the story about my dad almost going to Vietnam a handful of times as a child without ever stopping to recognize the magnitude of it. If my parents were captivated by how close my dad had been to going to war, they never showed it. As an adult with a wife and children, I think about it and can’t get the precariousness out of my mind. And I fully know if my dad would have gone to Vietnam to serve his country, it would have set in motion a series of events undoubtedly changing the time of his marriage (assuming he made it home alive) and subsequent children. In other words, I would not exist if my dad had not failed that physical.

And it wasn’t even a big, scary medical problem that caused it. I recall it being a hernia. My mom can’t remember, and my dad has since passed away so he cannot resolve the debate. But in my mind, I am alive on this earth because my dad failed a physical exam due to a hernia. I suppose I could send away for a copy of the Selective Service System records to verify the facts, but I like remembering it this way.

I can’t even imagine how different things would have been if my dad had gone to Vietnam. Life as I know it: vanished! For me, that failed physical was a gift from God—the gift of life. It is up to me to detect what He had in store for me with that priceless gift and this one wildly precious life.

My dad had a long career in the grocery business and had been, in many ways, defined by his career. He proudly worked for Schultz Sav-O Stores in Sheboygan, a city on the shores of Lake Michigan about forty-five minutes east of Fond du Lac. Schultz Sav-O distributed food and other grocery items through franchised and corporate retail supermarkets, which operated under the name Piggly Wiggly. To people who knew him, my dad was synonymous with Piggly Wiggly. He loved what he did, never complained about work, and was loyal to his company. I often joked that he had a big pig tattoo on his chest. He worked for the company for over thirty-five years. Yet he always told me that people will remember you for who you are as a person and not what you do for a living. After all, what’s in a title?

During my youth, I must have spent hundreds of hours standing at my father’s side as he carried on conversations that seemed like would never end. Invariably, errands to the service station or local home improvement center would lead to my dad running into an acquaintance, co-worker, old neighbor, bowling buddy, or high school classmate he had not seen in years. And there I’d be, a relatively quiet child, resisting all temptation to plead with my father for us to leave. I waited at his heels amazed that there could be so much to talk about. My dad, as the joke would go, could be dropped by helicopter in the middle of Timbuktu and in short order run into someone he knew. His hobbies introduced him to an array of people from diverse walks of life. He connected with them all. His work kept him traveling rather frequently from grocery store to grocery store throughout Wisconsin and northern Illinois. Again, he met quite a few people and built a rapport with all of them.

My dad’s mission at each grocery store, grossly overgeneralized and oversimplified, was to affect change. He learned the best way to do that was to start with the person. My dad believed employees are more influenced by relationship than by policy or procedure. He didn’t have a college education and worked his way up through the ranks from humble beginnings as a butcher. But he had a way of making people feel comfortable with him.

I didn’t appreciate it until I got much older, but the lesson I learned in my youth from my father was how important it is to put work into meaningful relationships. He was a CXO.

To learn more about how to be a Chief Experience Officer (CXO), check out I Am CXO, Now What? A Job Description for Living a Life of Purpose and Meaning. Happy Father’s Day!

‘The Morning Blend’ Interview on NBC 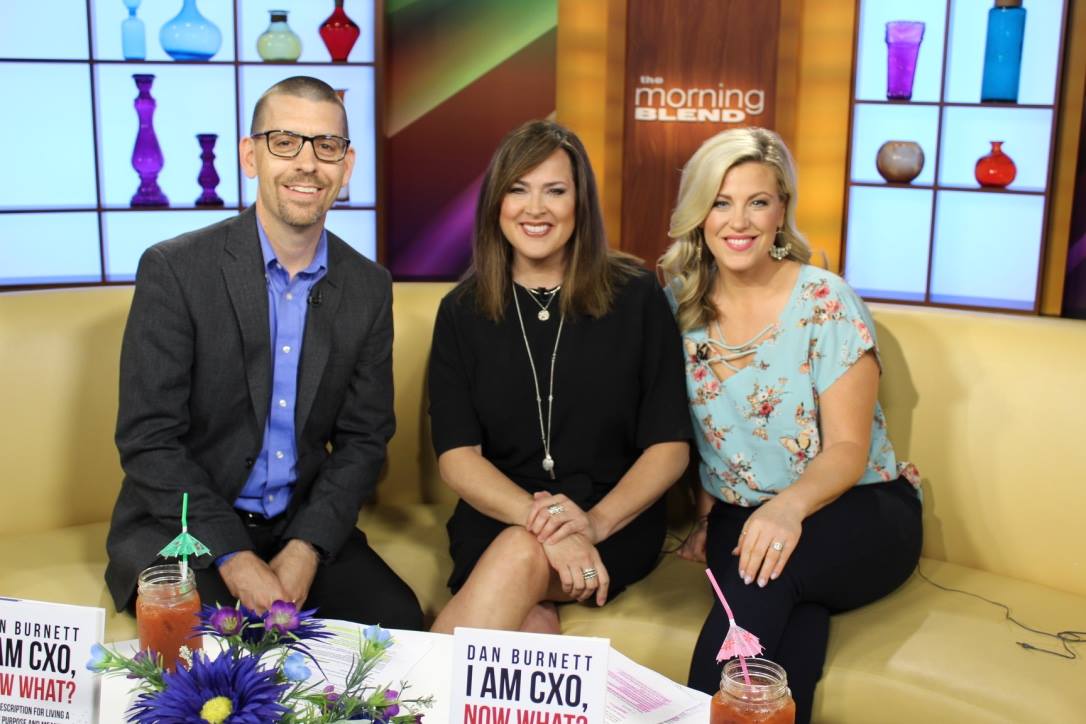